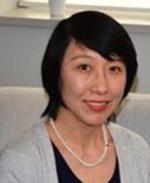 Dr Yan Wu is an Associate Professor in Media and Communications studies, College of Arts and Humanities, Swansea University, and a Higher Education Academy Fellow since 2017. She currently leads the Centre on Digital Arts and Humanities and is also an Editorial Board Member for Journalism Practice (Routledge). She has worked in both British and Chinese Higher Education sectors and conducted teaching and research in both the United Kingdom and China.

Dr Wu’s research interests cover two main areas - Chinese media and communication and digital inclusivity in Wales. Her research expertise in Chinese media and communication encompasses a range of issues including online community, citizen journalism, social media in China, and China’s soft power communication. Currently she is researching the use of social media by the Chinese elderly. Over the past several years, she has also developed a series of research projects on digital media and inclusivity in Wales. The research constitutes a portfolio of projects, raising public awareness of communicative rights for people with sensory impairment in the digital age, supporting the on-going campaign for communication equality by the Welsh Government, charities, and sensory impaired communities, and has produced strong evidence of direct impact on policy. She represents Swansea University as a member of the Wales Vision Strategy.

Her publications in the Chinese language include three co-authored books and a number of articles in Chinese Social Science Citation Index journal Modern Communication. Her English publications appear in journals such as New Media and Society, Global Media and China, International Journal of Digital Television, and has book chapters in Media and Public Sphere (2007), Climate Change and Mass Media (2008), and Migration and the Media (2012).

Dr Wu teaches on a number of modules including Theorizing the Media (UG); Media Gender and Sexuality (UG), and Global Media (PGTM) in the Department of Media and Communication. She also contributes to team-taught modules.

Dr Wu has led or participated in the following funded projects since she joined Swansea University:

2019 – present. The Use of Social Media and Social Participation Among Chinese Retirees. (Co-Investigator) funded by The National Social Science Fund of China.

Dr Yan Wu has been invited to undertake a number of radio and TV interviews for BBC (2005; 2016; 2018); Radio France International (2013); Gaidhlig TV (2014); and RNIB Connect Radia (2018). Her article entitled Sight-impaired people’s use of technology published first on the Conversation (2018) was carried by Yahoo!UK and Times of Malta.