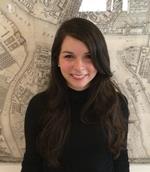 I work on the history of modern Britain, with a particular interest in women’s history and the history of medicine. My recent research, which is now being transformed into a monograph with Manchester University Press, has examined how anxiety about maternal mental health played out in healthcare debates and social campaigns in the late twentieth century. I have argued that the creation of maternal mental health as an object of concern was not neutral, but rather served to legitimise and entrench the preoccupations of social and medical actors in postwar Britain. Popular anxiety over maternal mental health was made possible by the rise of the social sciences and the spread of survey mechanisms, allowing me to tell a bigger story of how such developments shaped issues of public concern.

My current research explores the history of student mental health in Britain, historicising the current ‘crisis’ in undergraduate mental wellbeing.

I have published on the history of abortion and the history of the Women’s Liberation Movement. Amongst other journals, my research has been published in Women’s History Review, Contemporary British History and Medical Humanities. I also write for BBC History Magazine.

Before taking up a lectureship at Swansea I was the Sir Christopher Cox Junior Fellow at New College, University of Oxford. I completed my Wellcome Trust-funded PhD at Queen Mary University of London in 2016, after doing an AHRC-funded Mst in Women’s Studies at Keble College, Oxford, and an undergraduate degree at the University of Sussex.

Outside of my work, I read novels, enjoy terrible feel-good films, and spend time with my baby daughter.