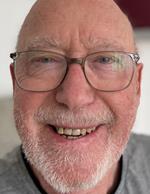 Prior to his academic career he worked in the probation service, initially as a probation officer, then as Director of one of the four Day Training Centres in the Home Office Alternatives to Custody experiment of 1973, and finally as Research and Development Officer for the Mid Glamorgan Probation Service. During his time at Swansea his research has covered the effectiveness of community sentences; bail provision in Wales; voluntary after-care of ex-prisoners; community involvement in the Gurnos and Galon Uchaf Regeneration Strategy; the resettlement of short-term prisoners; sexual crimes against children and the motivations and strategies of child sexual abusers; black and Asian probationers; the history of probation in England and Wales; the international origins of probation; rehabilitation and cinema; and the skills and practice of probation officers in Jersey. He has made many conference speeches in Europe, Canada and the USA, the highlight being the opening keynote speech to the Probation centenary 1907-2007 International Conference at the Brewery, London. He has been an assessor for numerous academic journals, a member of the editorial board of the Beijing Law Review, an invited assessor of a research project for the Czech Science Foundation (the main public grant agency in the Czech Republic), an ESRC reviewer of research applications, and consultant to the Romania Probation Service. In October 2016 the Jersey Supervision Skills Study undertaken jointly with his colleagues Peter Raynor and Pamela Ugwudike was given the Confederation of European Probation‘s (CEP) inaugural Award for Research citing its outstanding contribution to probation practice. In 2018 he was a member of the Advisory group to Mark Drakeford’s election campaign for post of First Minister.

Since his retirement in 2009 he has researched, and published an article on, the life and career of the Welsh-Greek operatic tenor, Tano Ferendinos; and in his academic field, has co-edited two books, published eleven book chapters and thirteen journal articles. He has 150 or so published works. His latest publication is The Palgrave Handbook of Global Rehabilitation in Criminal Justice (2022) edited with Philip Priestley.

With his colleagues and co-researchers, Peter Raynor and Pamela Ugwudike, Maurice received the Confederation of European Probation‘s (CEP) inaugural Award for Research citing the Jersey Skills Study as an outstanding contribution to probation practice.